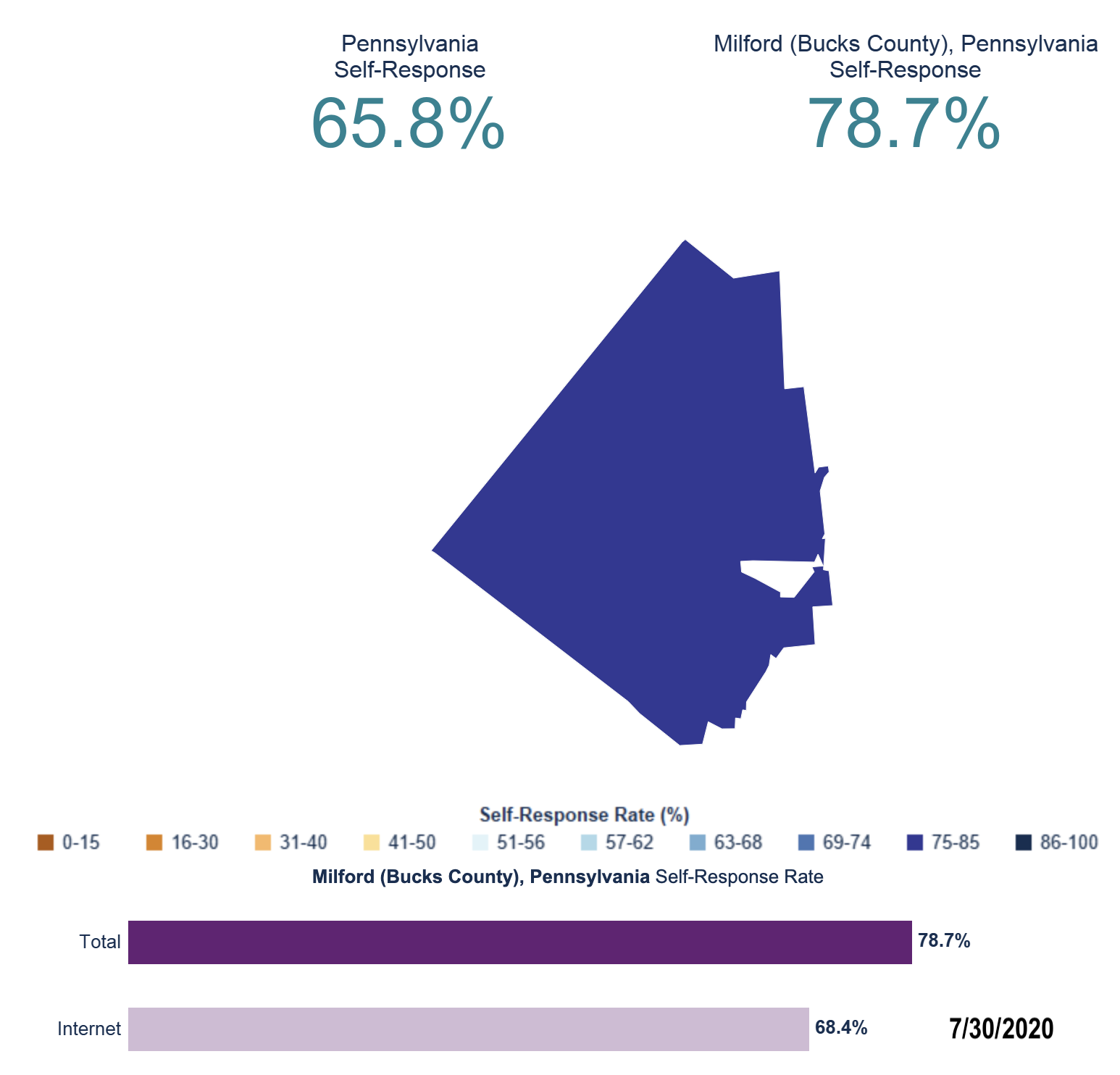 Great news, Milford Township is currently at 78.7% response rate for the 2020 Census!   Complete the Census online at https://my2020census.gov/ or look for the invitation letter in your mailbox.

The census provides critical data that lawmakers, business owners, teachers, and many others use to provide daily services, products, and support for you and your community. Every year, billions of dollars in federal funding go to hospitals, fire departments, schools, roads, and other resources based on census data.

The results of the census also determine the number of seats each state will have in the U.S. House of Representatives, and they are used to draw congressional and state legislative districts.